Does Couture really have a place in modern fashion?

Almost out of this world, this realm of fashion goes beyond custom and bespoke: it is Haute Couture.

Imagine walking into a boutique and dropping the equivalent of a luxury midsize Sedan on a custom made gown. An Audi A6 or a Valentino dress?

Crazy Rich Asians author Kevin Kwan is quoted as saying that this elite group of clientele consists of a mere 2,000 people around the world. Buying a $30,000 jacket like most Americans buy a Target t-shirt can give you some idea of the kind of spending power at these people’s fingertips.

What they are buying is much more than a custom look, it’s a tradition that is over a century old and has become a closely guarded part of the fashion industry. It is the most costly sector of the fashion pyramid, making the least amount of money for its labels.

As did many things in fashion, Couture started with one Mr. Charles Frederick Worth, an English dressmaker. While bringing fashion into the age that we currently enjoy by labeling his designs, becoming the first ‘fashion designer’, and opening the first Haute Couture atelier, Mr. Worth sparked the creation of Haute Couture in 1858. The term itself wasn’t used until the turn of the 20th Century, but Mr. Worth is considered by many to be the father of Haute Couture.

By opening a space in Paris and distinguishing himself as more than a mere dressmaker, Worth created opportunity for himself (and subsequent designers since) to lay claim to his creations and his influence of trends and fashions.

A decade later, the French government got involved by creating Le Chambre Syndicale de la Haute Couture, an official body with the power to grant designers the ability to register their houses as Couture. Coupled with L'Association de Protection des Industries Artistiques Saisonnieres (PAIS), an organization lead by the French Press that archived photos of designs in order to protect the ownership of the works, the world of Haute Couture has been highly guarded since its beginnings.

Fast forward to the mid-1940’s, post war, Dior single handedly breathes life back into Paris Fashion and the scene is reignited. By this time, there are some 100-odd members of the Couture family. However, by the 1970’s this number is drastically slashed by stricter oversight of the standards for Couture by the Chambre to below two dozen . This, coupled with stiff competition for a shrinking number of high-profile clients, killed off many Couture businesses, forcing them to drop the term “Haute Couture” or shutter their doors permanently.

These infamous criteria include made-to-order designs for private clients with more than one fitting, a full-time staff of over 35 in an atelier located in Paris, and collections of both day- and evening- wear that total at least 50 looks presented biannually. The huge cost of production and limited number of clients keeps the number of ateliers small, and it seems to have found an equilibrium coming into the 21st century.

Notable names following Worth in the early to mid 20th century were famed designers like Schiaparelli, Chanel, Dior, Laurent, Lanvin, Givenchy, and Cardin. Later players include the legendary Lacroix, Gaultier, and Mugler. Some of these names still exist in the realm of Haute Couture, but others, sadly, fell by the wayside as time went by. (Many still lament the ending of Lacroix’s reign as a frontrunner in Couture.) However, we still enjoy many of these names in the prêt-à-porter (ready-to-wear) sector.

Most interestingly, the Chambre has indeed proved its adaptability over the years and has made exceptions (sometimes seemingly begrudgingly) to its policy, and created sub-divisions within the Couture family. While Official Members absolutely, with no exception, must headquarter in Paris, Corresponding and Guest members are still allowed the Haute Couture title. Corresponding members include Armani Prive, Atelier Versace, Eli Saab, and Valentino, foreign brands that continue the tradition of Couture in their home countries. Meanwhile, Guest Members include notable names like Gu Pei, Georges Hobeika, and Zuhair Murad. All members of Haute Couture do not always have ready-to-wear collections, however.

Unsurprisingly, the most well known Couture Houses are also some of the best known ready-to-wear luxury designers. Chanel, Dior, Armani, and Versace are some of the biggest names in fashion, and it is clear that Couture is a different space for these brands. While names like Elie Saab and Gu Pei bring most of their revenue in from their Couture collections, the big brand names are playing a different game.

As one can imagine, Couture is extremely costly. Between the large number of employees with excruciatingly specialized skills (some seamstresses and embroiderers holding apprenticeships for the better part of a decade) and demanding, small number of clientele (head seamstresses often jet to estates around the world for private fittings), it is no wonder that only a handful of designers can call themselves Couturiers. But in the age of read-to-wear and automation, the whole idea can seem archaic at times.

While Couture is by no means a moneymaker when compared to, say, the amount of money Michael Kors is making on watches and bags, its function for some brands is priceless. When Karl Lagerfeld builds a replica of the lower half of the Eiffel Tower or a life-sized wooden dollhouse and has high-profile celebrities watching on from the front row, he is using Couture as a space to promote the Chanel brand. Couture is an exclusive club that some brands use as a marketing tool to differentiate themselves from their competitors. It wouldn’t be a shock to anyone if Dior’s atelier barely broke even after having 20 people spend 400 hours hand-stitching a gown that four times traversed the European continent personally escorted by the head seamstress before finally being sold. When looked in that light, it seems almost ridiculous that a business would even consider the cost involved. For these high-profile brands, however, the publicity and prestige is invaluable. Other smaller brands solely rely on Couture to turn a profit and maintain their business, not just for marketing purposes. 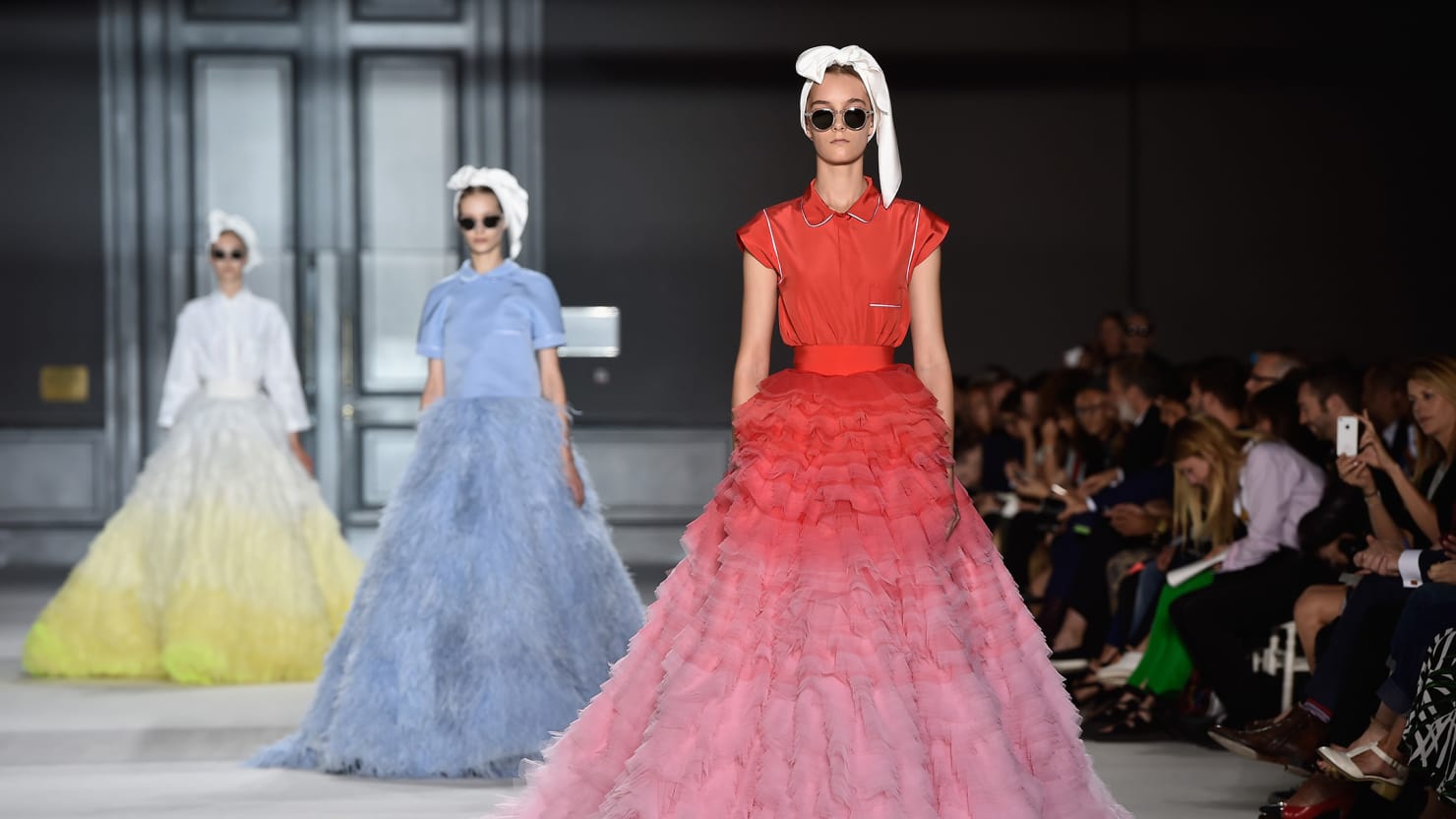 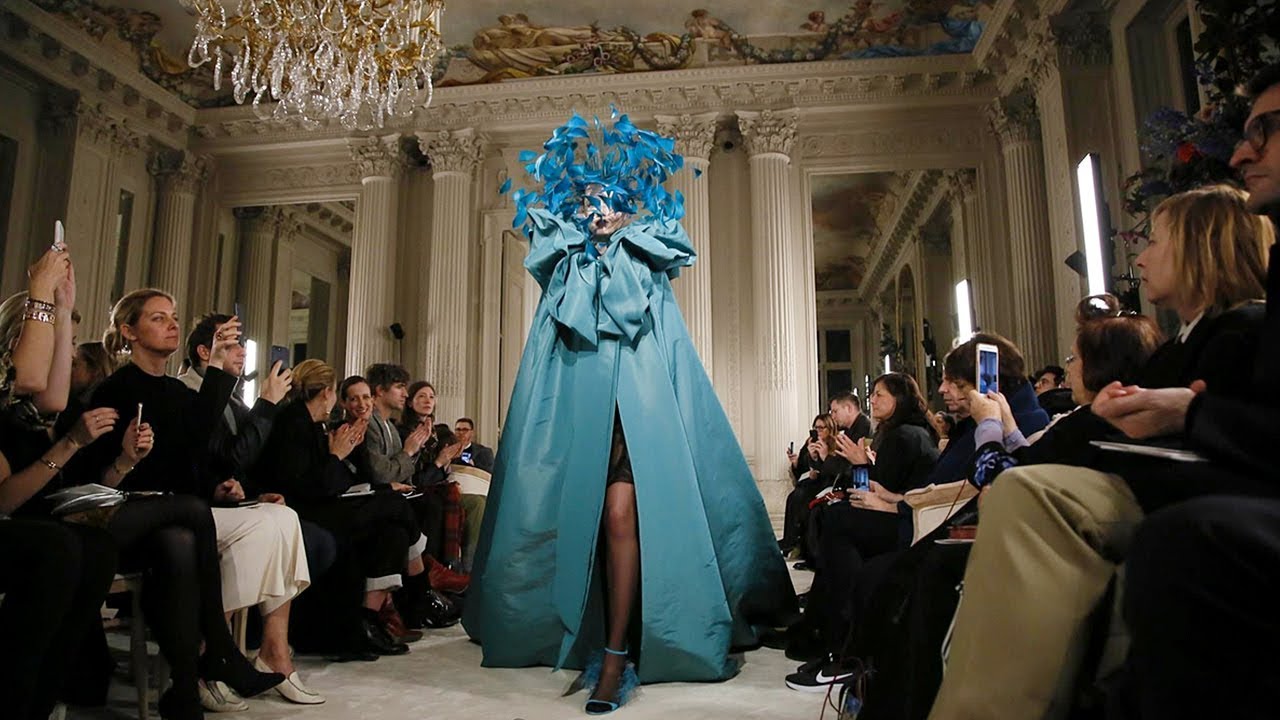 Haute Couture is the true heart and soul of fashion. They are the labels that kept dying techniques and craftsmanship alive when some were almost lost forever to more advanced technology. They are the seamstresses and patternmakers and embroiderers that do everything painstakingly by hand. They are the legacy of Charles Frederick Worth and the Couturiers that came after him that held quality and craftsmanship above all other things.

Without Couture the pendulum that is fashion would keep swinging, yes, but at a price, some would argue, that would be too high to fathom. Without a space for Couture, fashion would be like a world without physical books. Yes, you can read on your phone and your iPad, but a little part of all of us would mourn their loss, even if we weren’t avid readers. We would lose the histories of monks hand writing and painting leather bound books and the eventual invention of the printing press. We would no longer have the pleasure of holding some bit of the past with us. There is something magical about a tradition that still lives and breathes today, a certain inspiration for aspiring designers and clients and normal consumers alike. The legacy speaks for itself.

Fashion is always changing, yes, but we’ll always have Couture.

A meditation on Ariana Grande and Givenchy aka #Arivenchy