It’s a black wool pea coat with red color blocking and double belted followed by a sleeveless dress with a layered asymmetrical skirt to the calf in a pattern like splashes of watercolors. Then a studded riding jacket with a soft white layered lace skirt falling from beneath its rigid leather and a red taffeta gown, belted in thick black, its skirt bunched to reveal roses and its sleeves raising to meet its collar in a halo effect. Sarah Burton’s F/W 2019 collection for Alexander McQueen was a triumph - but isn’t uncommon for this designer. The circumstances through which Burton rose to power at McQueen are unconventional at best, but under her direction, the British brand has seldom had a slip up in the nearly ten years of her reign.

Expectations were high back in 2010 when Burton took over the label.  Lee ‘Alexander’ McQueen contributed to fashion in a way few designers have in the 21st century. A king in his own right, McQueen was pure talent as evidenced by his short stint at Givenchy at the ripe age of 27.  His brightest - and darkest - moments were at his own house, however. Designer and brand alike were enigmas, an unsteady balance of grotesque reality and heart-wrenching beauty. His unapologetic, aggressive, and shocking collections were punctuated by signature over-the-top showmanship. Often labeled misogynistic or plain misanthropic, his collections focused on the most uncomfortable facets of our psyche: hedonism, death, pain - in a word, ugliness.  But through all the controversy, the collections were a celebration of romanticism. Even the most outlandish shows were offset by fanciful themes and impeccable craftsmanship. Showgoers came for the campy and shocking shows, but stayed for the perfectly executed garments. Lee McQueen excelled in storytelling, creating immersive experiences that brought us into worlds of raw, intense emotion, reflections of his reality.

Tragedy struck in 2010 when the designer met his untimely death. Reception of his passing was in no way eased by the portrayal of death that was often woven into his work. As fashion elite and fans mourned, questions of the fate of the designer’s eponymous label surfaced.  The usual speculation around succession began, if muted by the circumstances surrounding the vacancy. Some expressed doubt that the brand could continue at all. 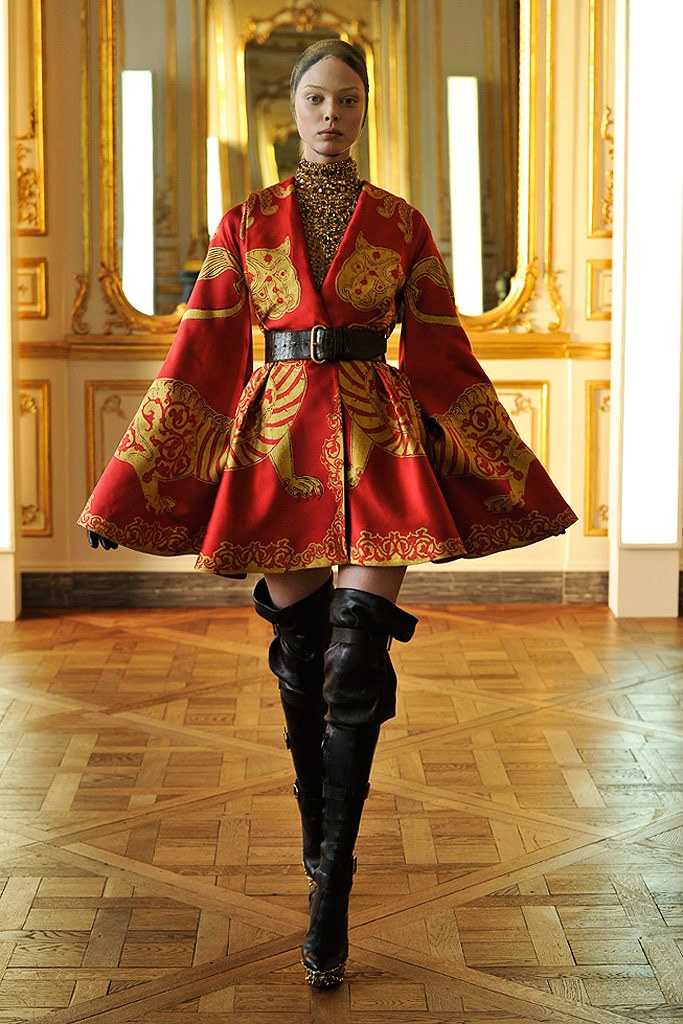 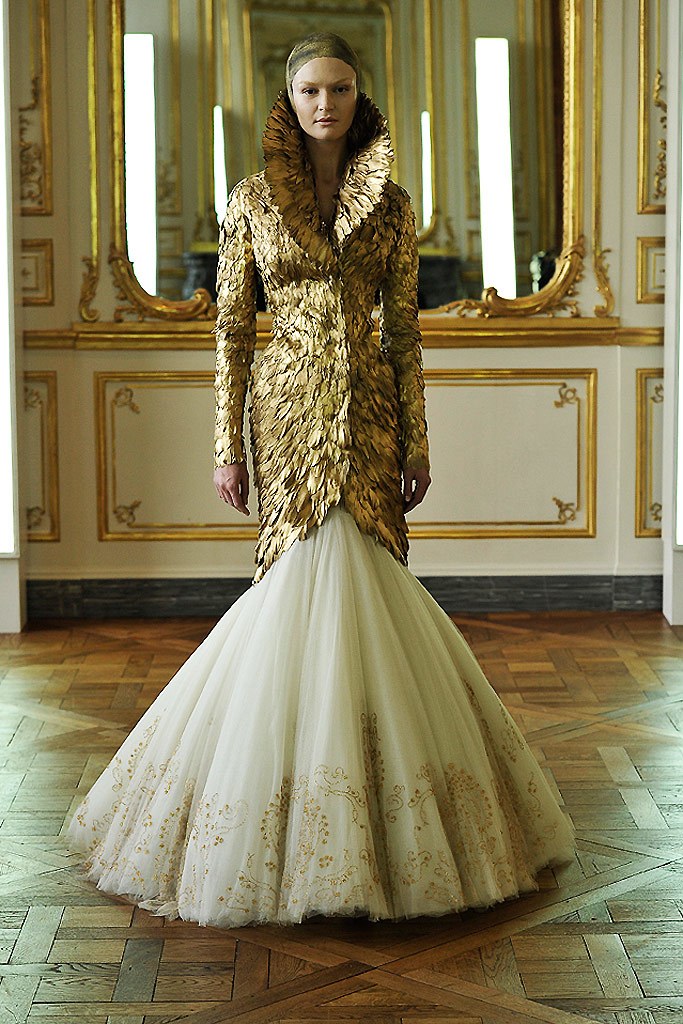 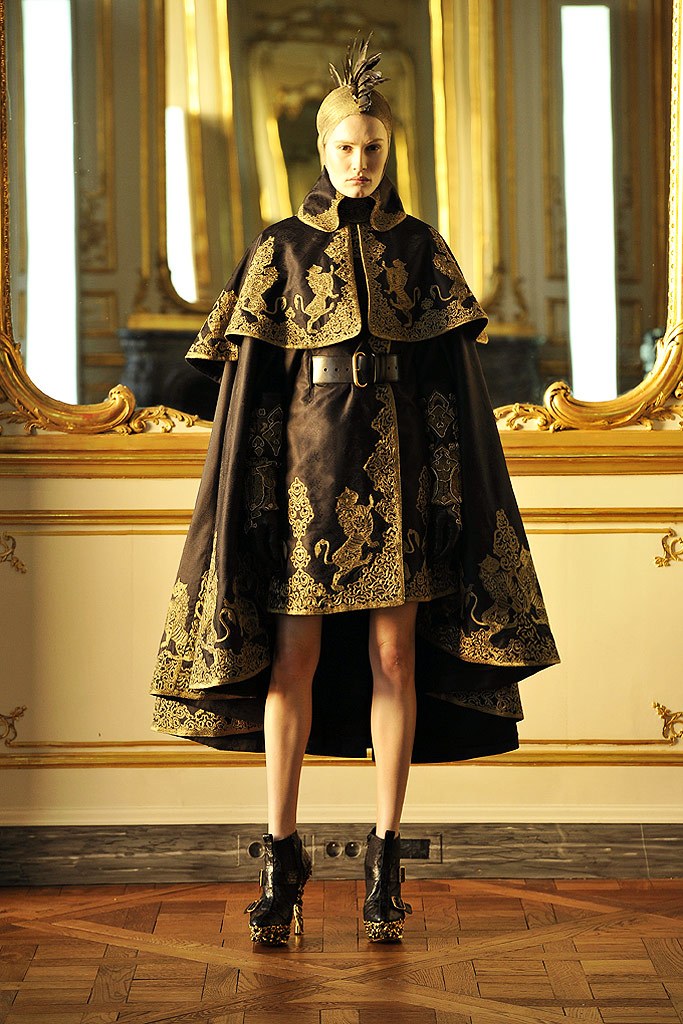 To continue the legacy of a man that brought such uninhibited intensity to fashion was daunting, and it was to little shock that someone within his inner circle was chosen to pick up the pieces. Enter Sarah Burton, a Central Saint Martin graduate who had interned and then worked for the brand for years before Lee McQueen’s death. Often referred to as McQueen’s right hand, Burton was an unknown designer who, against the odds, overcame the obstacles laid out by the fashion industry and society at large. In a male dominated field she managed to overcome public perception and solidify the influence of the Alexander McQueen label for the ages, all while paving the way for other female designers, becoming a creative force within the industry, and creating a successful model for brand successors.

Success was almost immediate, a mere year after inheriting the helm of the brand, it was revealed that Sarah Burton would be responsible for the wedding gow nfor Kate Middleton (Duchess of Cambridge). With the high-profile appointment, the designer became front page news overnight. Prone to shying away from public life, Burton was unceremoniously thrown into the spotlight. Fortunately she delivered. Reception of Middleton’s gown was unequivocal praise; while appropriate for the conservative Westminster Abbey, it was also sexy and glamourous. Also designed by Burton was sister Pippa Middleton’s dress, a gown clinging to the hips and plunging at the neck. Pippa and Sarah stole the show.

This exposure was almost like a stamp of approval for Burton at McQueen. And while the two gowns spoke to Burton’s feminine touch as a designer, she was delivering a much wider range in her collections at McQueen. What solidified her success at the house was her ability to work inside the frame of reference left by Lee McQueen and elevate it to new and exciting heights.

A large part of Burton’s success can be credited to her fluency in the language of the brand. From the general aesthetic to the specific style of tailoring, Burton was able to pick up where the late designer left off. Blending both rigidity and softness, Burton was able to continue McQueen’s work mixing both femininity and masculinity into the collections. Almost counter to the femininity she brought, she maintained the sexuality that was signature to the McQueen brand, something that is often associated with male designers.

Burton was also a master of the archive. Lee McQueen often turned a blind eye to trends, rather choosing to focus on his own archive for inspiration. Burton has the ability to continue this tradition, having perfected the use of feathers, pleats, minute applique, bodices, leather, lace, symmetry, asymmetry, and embroidery. Burton captured the romanticism, sexuality, and harshness associated with McQueen and, through her own skill, was able to bring something new to elevate the traditions of the house to new heights.

As she pushed the boundaries of the house, Burton left behind a few key aspects of the brand. The presentations were no longer theatrical shows designed to draw out raw emotion, but were simple backdrops often used to juxtapose the feel of the collection. Left behind also was the controversy that was often underscored McQueen shows. While no less impactful, the presentations focused more on the collections themselves.

The collections created under Burton’s direction were something to marvel. After presenting Lee McQueen’s final work, a gorgeous collection inspired by the Dark Ages that recalled the majesty on High, Burton walked us into a new era with her F/W 2011 collection.  The ingenious use of zippers spoke to her talent in tailoring while her use of fabric, pattern, and leather recalled the late designer in a way that felt both familiar and new. It was immediately clear in that first collection that Burton was cut from the same cloth as McQueen.

Other notable seasons since were the F/W 2012 “visor collection” that solidified the designer’s ability to storytell, the F/W 2013 “pearl collection,” a mere 5 looks in two variations that took the craftsmanship of the atelier to an explosive level, the F/W 2016 collection where jackets reigned, and the latest Resort collection, a study on the tomes of the house as they transform into something that is timeless and eternally modern.

Looking back at these collections, Burton’s success can be attributed to her understanding of the brand’s foundations and her own vision as a designer. She mastered a method of retaining a past designer’s legacy while moving a brand forward. Burton was a blessing to the McQueen brand.

Through Burton, Alexander McQueen has continued to create waves in the fashion industry. Her commitment to the archives has made the brand iconic, reinterpretations keep the brand fresh without bogging it down with trends that will eventually become dated. Streetwear was not in Lee McQueen’s vocabulary and thus it doesn’t make an appearance in current McQueen shows. Burton has kept the punk aspect of McQueen by doing her own thing - ignoring what’s trendy and sticking with the brand’s unique take on fashion.

As Sarah Burton moves into her 10th year at the head of the brand, we are reminded of the pieces of the label she picked up to create something that was both reminiscent and fresh. Behind the scenes, she continues on a legend’s legacy and creates collection after collection of evolution for the brand. She became a mom and a serious force in the industry. She somehow combines sex with romantisicm, masculine and feminine, new and old to make garments that take our breath away. Long live the queen.

A meditation on Ariana Grande and Givenchy aka #Arivenchy